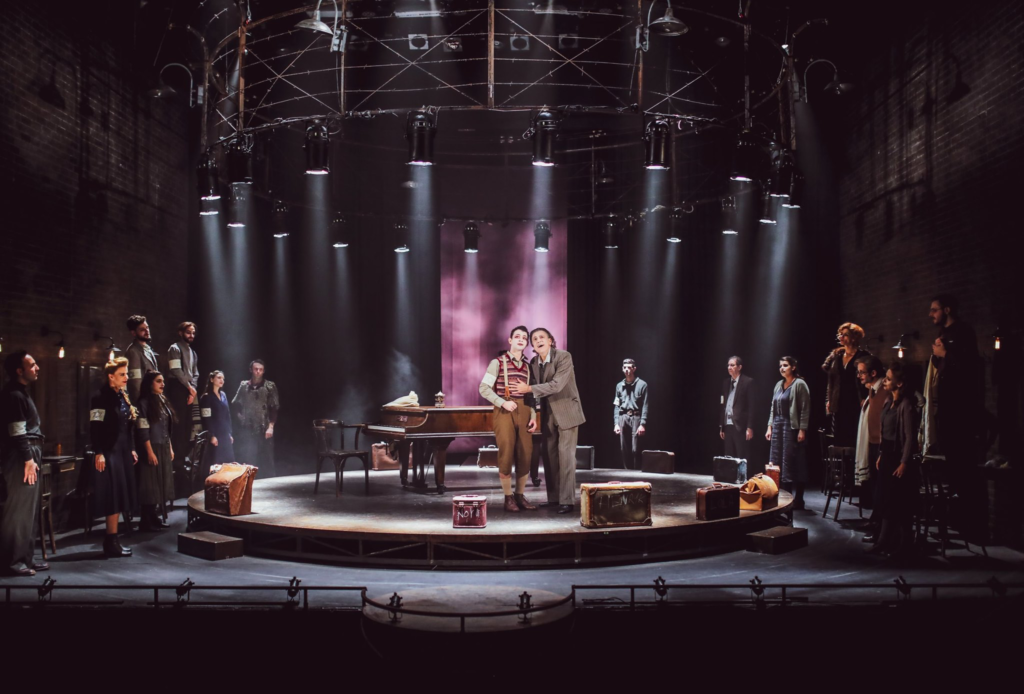 On January 23rd, 2020, Habima – the national theatre of Israel – opened our Foundation’s latest project, Masada 1942, a musical play that was written by David Goldsmith, directed by Moshe Kepten, and composed by Shuki Levy. The story takes place in the Warsaw ghetto during World War II, and follows a troupe of Jewish actors who perform a play about the ancient story of Masada. They perform the play as an act of artistic resistance against their Nazi captors. The play’s author, a character named Joseph, believes that sharing the Masada story will provide inspiration and symbolic hope for those who are trapped inside the ghetto. Even though Joseph’s family members are doubtful, Joseph believes that resilience is their story, and it will be their legacy. Out of a dark situation emerges a star-crossed love story, fueled by a troupe of brave artists taking a final stand for freedom. It is a story of then, of now, and of all time.
Haim Noy, Israel’s most well known theatre critic, wrote a review about Masada 1942 after its debut. He describes the show as a “moving, magical, and exciting performance, giving viewers a poignant and engaging theatrical experience.” In his review, Noy also praises Shuki Levy’s music contribution, calling it “extraordinary.” He describes the songs as moving and exciting, and commends the performers. Lastly, he applauds the creative work of Moshe Kepten, saying that his direction of a “wonderful” cast of actors results in an “amazing production that cannot be missed.” 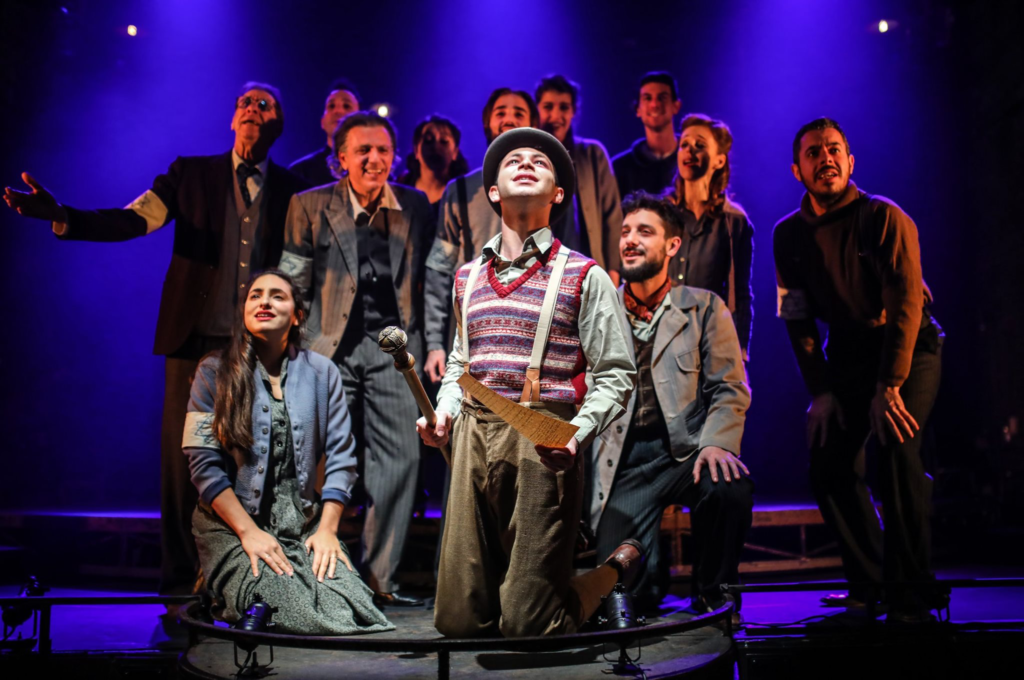 Masada 1942 gives audiences an intimate look at the reality of the Holocaust, keeping the memory of this atrocity alive in humanity’s collective consciousness. By juxtaposing the ancient history of Masada with the Warsaw ghetto, audiences are given context for the ongoing persecution of the Jewish people. The resounding deeper message that rises out of the story is powerful in its simplicity — never again.
Unfortunately, with the current COVID-19 situation that is impacting our world on a massive scale, the Habima Theatre has temporarily closed to public performances. We are very much looking forward to reopening the show again in the near future.